The last month of winter has produced a better result than many might have expected.  In an environment in which listings are tight and with plenty of media speculation claiming a softening market, our August figures were strong and we head into the key Spring selling season with momentum.

The headline sales figure for Australia and New Zealand has come in nine per cent higher at $3.67 billion, compared to last year.

New South Wales sales lifted 18 per cent year on year to  $1.259 billion.  sales volume in Victoria jumped 30 per cent to $647 million – which demonstrates a powerful combination of increased office performance, plus a strong contribution from new businesses and positive stamp duty changes for first home buyers.

Queensland’s sales came in at $696 million, just $2 million shy of the same time last year. Tasmaniabooked $10 million, while Western Australia reported $84 million and South Australian sales came in at $117 million.  Our New Zealand network reported $629 million, down 13 per cent on the same period last year and our New Zealand CEO Carey Smith says there is a definite cautiousness ahead of the federal election. He says sales number have fallen 16 per cent in comparison to the same period year and  there has been a significant contraction in the amount of stock on market with shifting credit markets creating uncertainty too.

Our Commercial network had a strong trading month with $239 million in sales, up 42 per cent on the same month last year.  Our Sydney office leasing business led by Anthony Harris remains very active, securing deals with combined annual rents of $5 million per annum in the cbd.  Commercial in WA also reported a PB in the same month that its leader Russ Parham received the Director’s Cup at our annual awards. Pictured here with Dan White and Brian White. 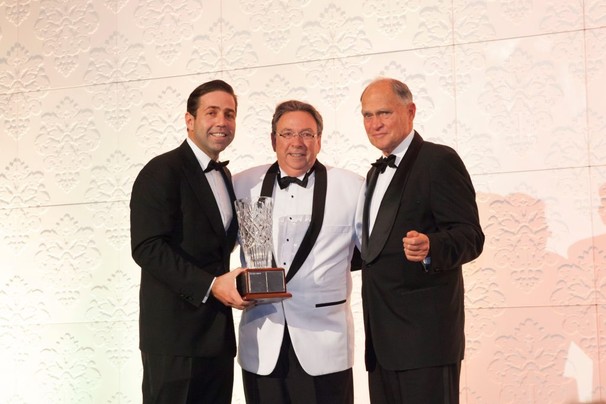 We continue to see increasing engagement from our members and clients with our customer satisfaction program.   In August, we received 2343 surveys from clients rating our service as a 10 or a 9 out of 10, an increase of 862 on the prior period.  We are delighted that this program continues to capture the imagination of our entire team. In August we were very proud to announce our International Client’s Choice awards for the year to June 2017, being the top 10 offices and individuals determined by the responses of our clients.   New Zealand offices and individuals dominated these awards!  Please see a full list of winners here.  No surprises that many of these winners will also be in the top 10 awards based on settled fees to be announced later this month. A record 1300 agents and guests attended the Victorian and Tasmanian ceremony at the Crown. The top performer in settled commission in Victoria went to Ben Thomas of Ray White Ferntree Gully  while Ray White Ferntree Gully also took out the top overall office spot in the state.  Conor Canning of Ray White Hobart took the top sales honours in Tasmania, while his Ray White Hobart office also won the top accolade as an office. In Adelaide, more than 400 guests attended the annual Ray White South Australia and Northern Territory  awards which saw Jason Spagnuolo of Ray White Norwood in South Australia take out the top sales award and business owners of the year went to Brett and Kristy Pilgrim of Ray White Adelaide group. 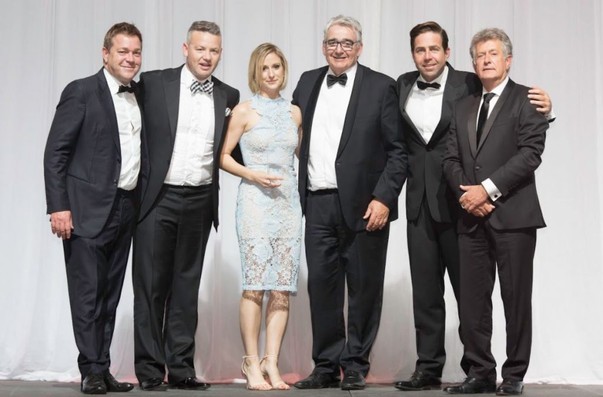 Up in Brisbane, more than 1400 agents and guests attended the Queensland awards which saw one of our Chairman’s Elites Sam Guo of Ray White Broadbeach named as the number one sales performer for Ray White Queensland. The mighty Ray White Surfers Paradise Group was awarded the top office in the stateand Ray White New Farm’s principal Matt Lancashire – another member of the prestigious Chairman’s Elites –  took home the gong for the top principal in the state.  And Graeme Sharp was so deservedly recognised as the Max White Award winner in front of his family. Our final awards events will take place in Perth and Sydney this month. At the Commercial International Conference & Awards Andrew Jolliffe of Ray White Hotels, took the major individual honour at the annual awards for the third successive year. The group’s top performer for gross settled fees was followed by Michael Willems of Ray White Commercial Gold Coast and Eddie Mansour of Ray White Projects.

Our partners at Loan Market lodged $1.34 billion in loans in August, with $899 million in approvals.  Loan settlements were up 10 per cent year on year to $787 million, with New South Wales recording the greatest growth.  Brokers are playing a more important role than ever in helping borrowers navigate the quickly tightening lending landscape of banks, especially for investment and interest-only loans.

And this month we officially welcomed Luke O’Kelly and his family who are excited to be taking up the leadership mantle at their spectacular new office in West End, in inner city Brisbane. 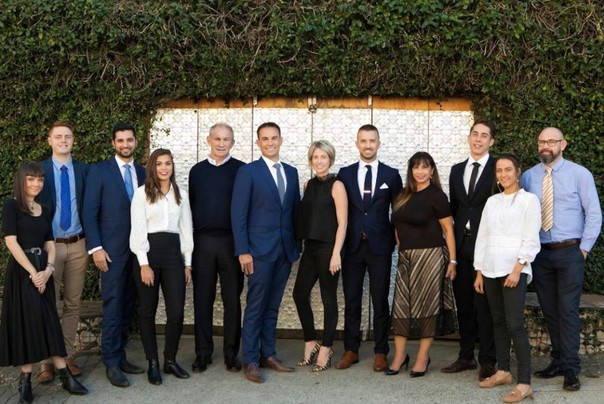 Within our corporate team, Matt Gay was announced as our chief technology officer,  recognising his contribution to the group over the past two years as head of digital.  Matt is now responsible for bringing all software development into a single technology team that works together on both new product delivery and supporting our traditional it systems.  His responsibilities will include the continued development of data insights and products to enhance the performance of our members in the field. 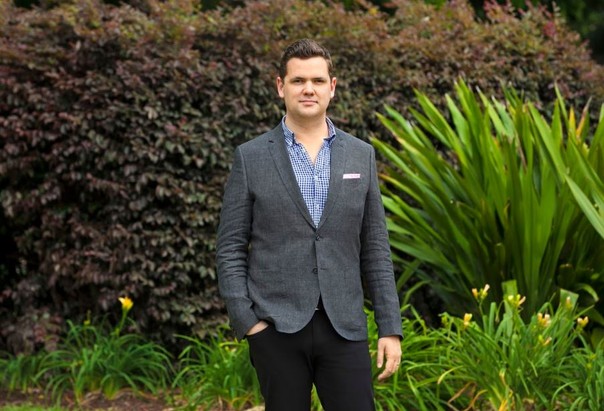 We now begin the exciting spring selling season and I look forward to reporting it all to you in next month’s edition of this report.