It was a fitting ending to a pretty remarkable 2017 financial year.  For a month that can often disappoint, this June was a special one.  With a collection of personal best results in specific markets and two record-smashing transactions,  the group recorded total sales of $4.3 billion.  This result represented a 20 per cent increase on last June, and one of the biggest year on year increases for some time.  A feature in June was the decision by the central bank board to maintain the cash rate at its historic low level of 1.5 per cent. But this didn’t mean that there wasn’t movement in interest rates in June as many banks reshaped their mortgage products  which has the potential to alter borrowing decisions by purchasers.  Hence, the record result for our Group’s Loan Market as purchasers sought more precise information. Our June result was underpinned by particularly strong activity in New South Wales – which recorded $1.3 billion in sales revenue –  and Victoria which produced $606 million this month.  The Lower North Shore team headed up by Geoff Smith and Richard Harding wrote $120 million in their first month of trading at Ray White – which is certainly a debut to remember! 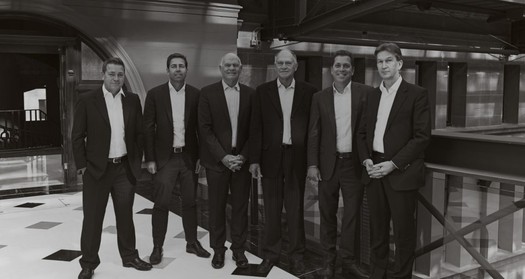 The Queensland result of $776 million was well up on last year, evidencing of a firm trading market, though perhaps without the raw excitement of it’s southern counterparts.  A very significant announcement during June was that Andrew McSweeny’s market leading business in Carina was joining Ray White.   So a huge welcome to Andrew and his outstanding team.  South Australia’s results were also nicely up on last year at $147 million.  Matt Lindblom says Ray White’s market share hovered around 11 per cent in June, which was 2.5 per cent higher than our nearest competitor.

Trading conditions in Western Australia remain as tough as we’ve ever experienced, with the total value of sales down on last year despite sales numbers holding up. While the dream of home ownership can be seen as becoming increasingly difficult in other Australian capitals, particularly Sydney and Melbourne, the Perth market is now the most affordable, especially for first home buyers.

The New Zealand result of $764 million was down nine per cent on the previous June. Carey Smith says the market continues to show signs of a winter slow down with listings in short supply and buyers looking for value. Interest rates in New Zealand also remained on hold this month with the expectation of this being a long term view. Ray White Property Management held it annual landlord event which attracted over 5000 property owners to Ray White across New Zealand for a night of educational updates.

And Ray White Remuera – our No 1 business internationally –  relocated to a stunning new purpose built tri level premises at 411 Remuera Road. Megan Jaffe in her opening speech said it was a home for the community and a place where people can reach their true potential.   This  office sets a new benchmark right across the region for providing an environment within which Megan and her team can chase their potential and engage with clients and the local community.   Another example of incredible leadership from our most successful business. 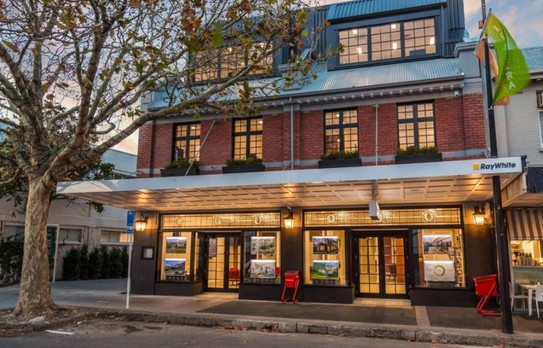 The commercial team recorded a personal best for June, with $439 million in sales for the month.  Two monster transactions for the Commercial NSW team were not only a record breaking within Ray White, but also across the entire Sydney metropolitan market.  The two biggest results had delayed settlements and our June figures don’t include the full receipt of these sales just yet. Congratulations to Ray White Commercial agent Ben Kirby (pictured below) finalised one of the largest metropolitan transactions of 2017 with a $380 million sale in Sydney’s inner west. 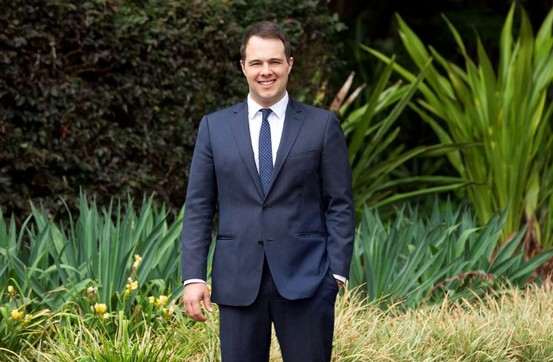 The Rural network recorded it’s second strongest month on record with approximately $150 million of sales for the month.  In June, Western Australia’s largest independent rural real estate agency, VNW Independent, also  announced their intention to partner with Ray White Rural from July. The company has been operating since 2001 and we welcome its directors Stephen Vaughan, Hugh Ness, Simon Wilding, and Rob Chittick (pictured below) to our family. Our partners in Loan Market recorded their own personal best month in June, with over $819 million in loan settlements.  It’s own Loan Market Go lending product is continuing to show healthy growth in volumes.

We continue our focus on customer satisfaction with another 2,400 vendors and buyers rating the Ray White service a 10 out of 10.  Our Net Promoter Score remains strong at positive 80, with a good response rate of 34 per cent across the group. This month Tony Warland published his Curiosity entitled The Sound of Success. He realised he had a duty of care to source the information that outlined why three Queensland office ranked in the five top offices internationally for customer satisfaction and share it with our members. If you are keen to read more about what the teams in Mooloolaba, Mt Gravatt and Capalaba are doing, click here.

And it’s been another busy month for new office openings. A big welcome to Darwin local Matt Englund in Ray White Nightcliff in the Northern Territory as well as Adrian Campbell of Ray White Aldinga Beach in South Australia. Welcome to Lea Turner on the Killcare Peninsula. And welcome back to Mitch Palmer, who joined Larry Malan in opening Ray White Mermaid Waters. Great to see Rebecca Osenton opening up in  Pelican Waters, with Andrew Garland on the Sunshine Coast.  And Paul Franks is eager to get into his new premises at Ray White Warriewood, and welcome also to Wiltar Jajaw who is opening Ray White Mt Druitt. During June, Brian White attended the World Economic Forum’s meeting in Gstaad, Switzerland.  This august body had its first specialist family business conference.  It was based on the emerging worldwide belief that family businesses are far more important in economic activity than previously accepted.  Brian said he was impressed by  the response of delegates to our story being a fourth generation family business, still owned and led by the family, while continuing to grow our leadership position.  He said the message that came through, so frequently, was of the difficulties and problems in maintaining businesses in a family structure even though, if successful, such wonderful advantages accrue. Brian was invited to speak at the conference about his personal experiences which was great.
And finally, we were very proud to be awarded the Network of the Year award at the REB Awards held in Sydney last week for the second year in a row.  The award recognised the network that was providing the most value to it’s members and had shown continued restlessness for improvement and innovation.  It’s such a great endorsement of all the hard work and imagination of all our members. 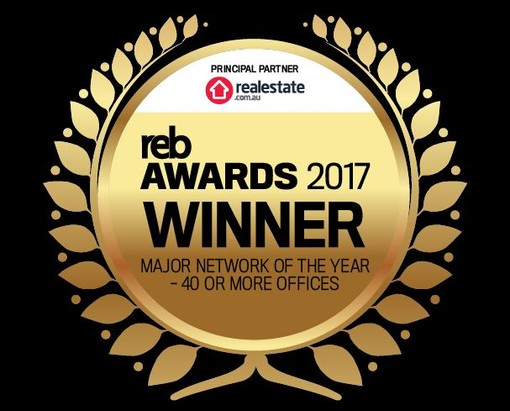